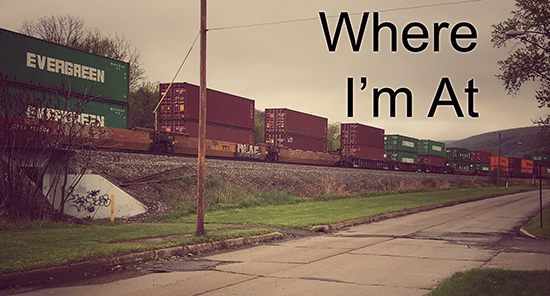 I haven't been writing as regularly lately. My recent health issues derailed my weekly writing habit, and my training took a hit, which gave me less to write about. I suppose I could write about other things, like Lovecraftian folklore or how fat my cat is getting. She's recently been nicknamed Marshmallow. Kind of like the Adipose from Doctor Who.


I had a procedure last week. I almost wrote about it, but the details strained even my immodesty. Lets just say that the preparation for it was worse than the examination itself. The results were good though. In general I've been feeling a little bit stronger every day. Yesterday I ran in the morning, swam at lunch, and bicycled after work. Each of the workouts was short (an hour and a half total for all three), but it was still quite promising. I even had energy left to do some mowing afterwards. With all this rain, I've been mowing every other day. By the way, I own a push mower.


Seneca 7 was really tough, and it set my recovery back somewhat. A week after that I was promoted to Sandan (third degree blackbelt) in Koei-Kan Karate. That was a very tough promotion, but an amazing experience. There are martial arts styles that will give you a black belt after a couple of years. There are eight year olds with black belts. I train a traditional style. It took me 22 years to get to this point. I considered writing about the promotion, but karate is quite personal for me. Historically, the training was done privately, so that one's enemies could not discover your martial secrets. There's still that element of secrecy in the training. Certainly some wouldn't understand the challenges I choose to take on in my training, though the same can be said of completing an Ironman.

Those two back-to-back events hammered my body. I'm thankful that I succeeded in both. Even when I'm struggling, it's a relief to know that I can push myself when the time comes. There are many who are not so lucky. I make sure to be conscientious of that: To never take what I have for granted.

I decided to defer Ironman Lake Placid. Largely it was due to my health and resulting lack of training. If I'm to be honest though, I just plain don't want to do it. Last year's Ironman Mont Tremblant was an incredible experience. It was brutally hard, but worthwhile. Originally I signed up for it because my friends Meghan and Geoffrey did, and I signed up for Lake Placid for the same reason. That's not enough of a reason. I like to take on challenges to prove to myself that I can do them, but it's also important to have joy in what I do. I can't sustain my training without a positive target.


I've completed a lot of different challenges, and then moved on from them. I completed two Tough Mudders, and have no desire to do any more. I used to compete at our annual karate tournament. This past weekend I was a judge. It was an opportunity to proudly watch my students perform, and to give back to my extended Koei-Kan family. I've run many marathons, but my interest in them has cooled. I completed an Ironman, and now I wish to do shorter triathlons, because they're super fun.

Instead of IMLP, I will be doing Lake Placid 70.3 in September. I like that distance. I will also do a number of other triathlons throughout the summer. The first will be Cooperstown on June 2, which I will be doing with my brother Alex. It will be his first triathlon ever!!! That is very exciting. There is a balance between fun and challenge when it comes to training. It can be tricky to find, but doing so makes life really fulfilling.

The waxing and waning in my physical escapades seem to be reflected socially as well. I've been dealing recently with betrayal, guilt, and resentment, but it's balanced by love and new/renewed connections. I'm learning to focus on the positive things in life, and to not dwell on or feel guilty about the failures. This is harder to do with people. I tend to take it personally when I lose someone, as if I screwed up or didn't try hard enough. I'm accepting now that this isn't fair to myself, and it's also not true. Sometimes people choose to hurt me, regardless of what I do, and sometimes relationships just don't work out. That's OK.

During the past few months, that's been the big lesson to me. Don't hold on to guilt. Don't hold on to expectations. Do the best you can for yourself and the people you love. Strive to bring happiness to yourself and to those around you. Don't focus so hard on any one thing that you lose sight of why you added it to your life in the first place. Life is a grand adventure. There is always something amazing around the next bend!