It's Not a Big Deal 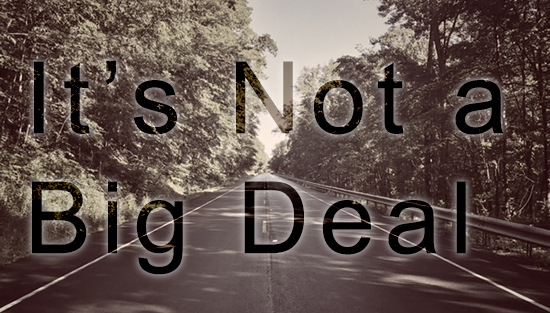 I wrote in the recap for last weekend's Patriot Half that it wasn't as tough as I'd expected. Two weeks ago, I rode 70 miles and wrote a whole post about it. I was like, that's far! Today I rode 80 miles and it just.... wasn't that bad. I mean, it was still hard. There were huge hills (2800 feet of elevation!). There was wind. The road was wet when I started and it got pretty hot later on.

In terms of the time spent, though, 5+ hours suddenly doesn't seem that onerous. Apparently I'm getting used to it.

The same thing happened when I started running. Early on, 20 mile training runs seemed crazy. Now a marathon doesn't seem like that big of a deal to me. When I first started swimming, I hated it. Now I  actually enjoy it, especially in open water. And while I didn't hate biking, I definitely wasn't looking forward to the really long rides. But now they seem doable.

Of course, training is still hard. It's still a lot of work. I'm not trying to dismiss people who train like crazy. And the truth is, I don't train as hard as I should, for reasons I mentioned in my last post. The volume though is pretty much there. I may neglect speed work, but I still want to be sure I can finish the Ironman.


My point is that anyone can do it, even a slacker like me. A lot of folks would look at my workouts and think they're ridiculous, that they could never do that. They can. They totally can. That's the whole point of a training plan: To work you up to that volume gradually, so that you get used to it.

You don't jump on a bicycle for the first time and ride 80 miles. You'd kill yourself. But you can do 10. And then 20. And then 30. And so on. Your decision about whether or not to try to do a triathlon, or a marathon, or whatever goal you have in mind, shouldn't be based on whether or not you think you can do it. You can. It's a matter of time, and desire, and not breaking a foot (and all the other real life obstacles).

Of course, very few people make that choice. It is scary! It's intimidating as heck! And it requires a great deal of self-sacrifice. I won't lie to you about that. And even though I say "it's not a big deal", it totally is with regards to the impact it has on your life.

There are some negative impacts. You have less time for your friends and family. You're often exhausted. You don't have energy to go out or devote yourself as much to other hobbies. Your whole life becomes training.


But the positive impacts are amazing. There's the obvious benefits to your health and long life. But the most important benefit is the massive amount of pride you develop for yourself. And the confidence you develop to not only train hard, but to take on any of life's challenges. And you make new friends, ones who are as crazy as you. But also ones who are driven and have an unmatched zeal for life. And that zeal is infectious.

I think it's well worth the sacrifice. Staying out late and drinking, or doing macro photography of a stinkbug, or sitting for three hours in a movie theater don't deliver nearly the high that crossing the finish line after almost 6 hours of pain and sweat does. And I can only imagine the high I'll experience when I cross the finish line at a full Ironman. I'll probably feel like I can conquer worlds after that.

So, actually, it is a big deal. It's a big deal on your life. But that 5 hour workout? Not a big deal. Don't let that scare you away from doing something truly amazing. Because you can do it. You have that strength. It's just a matter of wanting it. 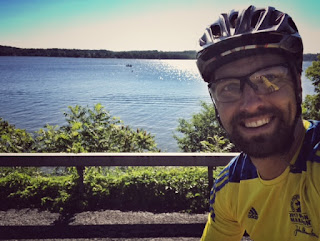