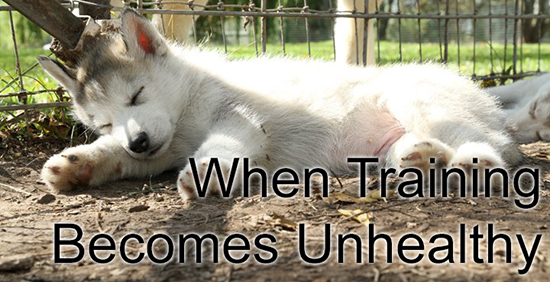 Fellow runner Ellie of Eat Run Pavement recently shared this article written by another athlete: Running for Mental Health: When it just doesn't add up. If you've ever pushed yourself too hard or felt compelled to train/race despite feeling like cr@p, then it's well worth the read.

I know I have.

This past week I've had a nasty infection. My face has been oozing all over the place and I've had no strength at all. Despite that, I still trained every single day. And most of those weren't easy workouts either. I really should have taken a couple days off. Instead, I feel guilty that I didn't do a long bike ride (3+ hours). Nevermind that I ended up biking at least an hour three days in a row, in addition to swimming and running.

I already feel like I don't train hard enough. I already feel like I'm squandering my potential and not focusing as much as I can on quality workouts. Most of the time I feel like I'm spinning my legs or flapping my arms to no benefit. So it's hard for me to take even one day off, for any reason. And I know I'm acting crazy. But it's already middle of May and I feel completely unprepared for this summer of triathlons.


In a sense, I have to be this obsessive. How else am I going to keep exercising every single day? Even though I get motivated and excited signing up for a new race, I can't maintain that level of excitement week after week, month after month. After a while it just becomes grueling work. Getting up early, running in the rain or snow, hopping on a bike before I can eat dinner. And even the satisfaction of finishing a workout is tempered by the fact that I have to do it again the next day. And the day after that. And the day after that.

It takes some serious pain-loving dedication. And the only way is to go against your mind and body's natural desires is to break your own mind (and occasionally break your body). But once you've crossed that line, you can't just hop back. You can't just say, "oh, I need to rest today, so I'm just going to flip back to the old me for a day so I can enjoy it."

And yet, you have to. You have to acknowledge when you've pushed yourself too hard, and pushing yourself harder will actually be counterproductive. It used to be an effort to make myself exercise. Now it's an effort to not exercise. I know there are some folks who wish they had that problem. But be careful what you wish for.


The good news is that in the same way that you train your body, you train your mind too. In the beginning it's hard to make yourself go. Then it becomes hard to make yourself stop. You get hurt and you make mistakes. But your mind adapts. You begin to look at your training over a longer period of time, rather than day-by-day. A single workout won't make or break you. Well, actually, it can break you. Which is why you have to be OK with pulling back.

This will be my first Ironman, which is why I'm this nuts. On that day, I will find out whether I didn't work hard enough, or whether I stressed out for no reason. So I'm still in that learning curve. But I'm conscientious of the fact that I will have to analyze my training afterwards and make adjustments. But not before I take a luxurious and well-deserved break.

Really, I'm no expert. I write about it, but that's for my benefit as much as yours. I don't want to say, "be awesome like me!" I'd rather say, "it's hard for me too." Sometimes I feel like everyone else has it figured out except me. I don't want someone to look at me and feel like that. I don't want to be the reason that someone feels like they're failing. Because as long as you're making that effort, you're not failing. You're making yourself stronger. But I have to tell myself that too.

Then again, maybe everyone does have it figured out. They're reading this and thinking, "poor guy. Someday he'll get it." I guess you never know (insert winking emoticon here).