The Bad Stuff is the Good Stuff 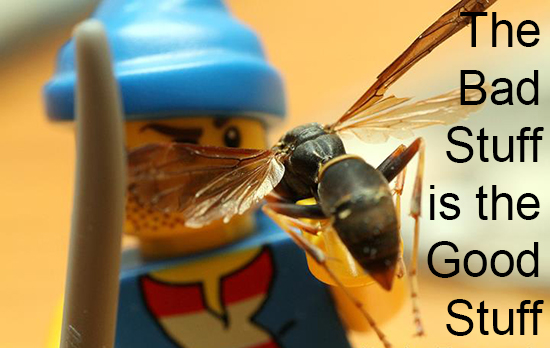 I've been fortunate in life. Despite occasionally b@#ching about being sick for a few weeks or running slow, I've been lucky. Things have always worked out for me right when I needed them to. There are many people who aren't so lucky. They suffer from anxiety. Depression. I used to think, "that makes no sense. They should just get over it."

That's because I was an idiot.

I would judge these folks because when I was younger, I didn't stress much over anything. It's not that I was better at handling my $hit than them. It's because I didn't really care about anything or anyone. It wasn't a solution. It was an escape. I was afraid of caring. Now there are things in my life that I value strongly, and people that I care about immensely. So now I get anxious or melancholy much more often, but it's worth it.

I also have friends in my life who suffer from depression or anxiety. Some of them have to take medication for it, because if they don't, it will ruin their life. For my younger stupid self, this was hard to grasp. But I've experienced the mental anguish of my friends second-hand for some time now. And due to my constant training, I've experienced my own brain chemistry get completely f@#ked. I've gotten really upset, really angry, anxious, and downright depressed, even though I would tell myself logically, "what the f*&k? Just get over it!"

Growing up doesn't prepare you for this at all. School is easy. Students may feel like it's tough, but it's not. You have structure. You are told what to do. You know exactly what to expect. You don't have to worry about a car breaking down, staying late for work, or a friend inviting you to an all day event that you have to go to (yeah, skip that wedding because you don't feel like going; just try it). In school, life makes sense. You feel like everything is going according to plan, and that is immensely comforting.

Then you graduate and you realize, cr@p, you have absolutely no clue what to do. Suddenly the down comforter of purpose and structure is violently ripped away from you, exposing you to the harsh elements of real life and self-doubt. 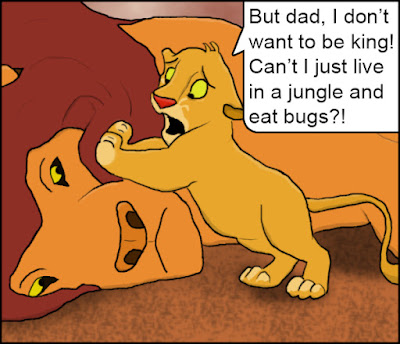 When I graduated I didn't get an awesome job. I wasn't a driven or dedicated person. I lived with my parents and was only slightly employed. I would sleep in, go to the gym, and hang out with my very few nerdy friends. I kept living like a child. The only reason I got the awesome job I have now is because my dad got tired of me bumming around the house and directed me to a job ad (again, pure blind luck).

I still didn't find meaning or direction. I started drinking and my social life exploded. Ahah! I thought. This is it, this is what I was missing: Connection. But it wasn't connection, it was just empty frivolous validation and ego-seeking. I didn't give a shit about the people I met; I only sucked emotional highs out of them. I hurt people, but I didn't care. And I still judged those who were anxious or scared.


I coasted by like this for years. I jumped from "relationship" to "relationship". I use quotes because saying I was capable of anything substantial at the time is laughable. I partied. I drank. I got fat. I had a lot of fun. A lot of fun. And for a long time it was enough. I convinced myself it was enough. I avoided stress and responsibility like they were the plague. And having a nice job convinced me I wasn't a total loser.

Now I stress. Now I worry. Now I get anxious. Now I get depressed. And thank God. Thank. God. I want responsibility. I want to give a $hit about things. I want to have people in my life that matter so much to me that I think constantly about them and worry about how they're doing. I want to obsess over my training and whether I'm working hard enough to accomplish my goals. I want to have to review this blog post to make sure I didn't use the same fancy noun twice.

And life is awesome.