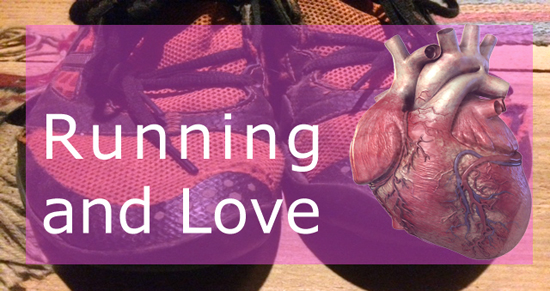 Running is like any other obsession, really. It takes away time you’d have to spend with sexy beautiful people.

But also it makes you super sore and tired, just... all the time.

My lovely lass – Pixie (not her real name…) -  and I were planning an epic dinner tonight. Of course, as soon as I got home, her tail wagging in anticipation of a delightful dinner, I said, “well, I mean, right after I go running.”

Running turns you into an asshole.

By the time I got home, she was sitting sullen, starving, on the couch, glaring at me. All the veggies were chopped. The tofu was marinating. But first, I had to take a shower. Oh, and I had to upload my run, because my shitty watch wouldn’t sync with my phone for some reason.

I can’t tell that I’m hungry. A mix of endorphins and…. Super endorphins? Makes me immune to common human ailments. But Pixie is a regular person with regular desires. Desires like eating more than never per day. Desires like being able to spend time with the guy she loves. Desires like not being drowned in my sweat every evening.

But I can’t not run. Because then I’d be a big fat chubster again. And who wants to be dating that guy? Of course, I blow it all out of proportion in my stupid brain. She doesn’t care if I’m extra snuggly. I’m pretty much the only person that cares that I look like a starved Ethiopian (is that racist? I may be drunk. But then I can only talk about one personal issue at a time.)

Pixie is reading to me now, excerpts from a book she's into. It’s far more fascinating than the bullshit I’m writing here. I think she’s trying to distract me. Because after I spend hours beating the shit out of myself on the pavement, I then come home and write about it.

But my character is defined by what I do. I could stop running, and just hang out on the couch all day, eating peanuts. God that would be the most wondrous thing in the world. Can you imagine? Just sitting, and eating, watching TV. Because you feel like it. No desire whatsoever to cause near-permanent injuries to yourself. But then I wouldn’t be me anymore.

Even though perhaps the running seems crazy, it’s an expression of me. I plan on never using my health insurance. I want to be the guy who, if you hit me with a car, I’ll hop to my feet and say, “haha I’m fine. By the way do you see my other shoe?” I like that all of life’s problems seem so stupid by comparison.

Pixie can have the worst day of her life, and I can still handle it with infinite patience. What can she possibly do or say that could injure me as much as the injury I cause to myself? Well, she’s hasn’t tied me up and fed me to ravenous coyotes yet, so maybe I shouldn’t speak too soon. But for the most part, I don’t sweat small dramas.

A lot of people obsess over trivialities. I suspect it’s because they don’t have anything to focus their energies on. If I had a bunch of beer-fuel with nothing to burn it on, I too would give a shit that you don’t like where I put my socks. Which is everywhere. Literally everywhere. There is not a single place in the house that is not socks.

And my socks are disgusting.

And full of holes.

But I’m never mad. Well, not never. I get mad at myself a lot. For sucking more than I had intended to suck. If the Bluetooth on my running watch isn’t working, it’s probably because my stupid body is blocking the signal. If a bunch of bugs are eating my face, it’s probably because I sweat like a pig on the planet Mercury. If my coworker gets upset with me, it’s because I run too much and don’t know how to relate like a functional f@#king person.

Maybe running doesn’t make me as calm as I thought. Maybe I just internalize all my rage. And then blast it out via my body. But we all get angry. Super angry. Don’t lie. I saw you at the grocery store and you were ready to murder someone because your tomato was bruised.

That’s important to me: To have an outlet. And I can’t let out my aaarggghhhh once and then be OK forever. It keeps coming back. That’s the cruel humor of life. There’s always stupid shit to piss us off. Even if you lived on a beautiful island, a coconut would fall on your head and you’d scream, “f@#$ g@#d#%@ f(*&ing coconut piece of shit asshole coconut.”

But it’s not the coconut’s fault. It’s just creamy and delicious. It got tired and fell off the tree. Like a drunk falling off a bench. How cute is that? It wobbles for a bit. And then falls down. How could you get upset at that? BUT YOU DO. Because you’re a jerk.

I don’t like being a jerk. I’ve done lots of jerky things. And not in a delicious smoked meat sort of way. But in a “look at me and my swinging penis” sort of way. Because I felt like I had to prove something. Maybe when I first started running I was trying to prove something. But now it’s just a thing I do, every day (I know I’m supposed to have a rest day but shut up).
That’s the nice thing about running all the time. You give up on trying to prove anything to anyone. I don’t need to be the alpha boss man in my relationship with Pixie. I greet her every day with the biggest smile on my face. Even if she just spent the whole day cleaning my disgusting socks and just hates me right then. I still treat her like the most delightful creature in existence. Which she is.

All of life is relaxation compared to running. If Pixie wants to have a delightful adventure. Awesome! If she wants to just chill out on the couch and watch TV shows I stole off the internet, awesome! If she needs to vent all her bottommost rage and vitriol at me. Awesome! Because after I almost broke my body in half for no good damn reason at all, seeing her say and hearing her voice is happiness and music by comparison, every time.

I don’t think I’m being presumptuous in saying that not a lot of people get to enjoy that. The feeling that just everything is fine, all the time. There’s nothing that can throw me off my center. Well except for my shitty watch. WHY WON’T YOU SYNC?!